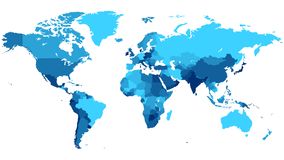 This post contains timely information that all internet users need to know about the Trans-Pacific Partnership (TPP) and its effect on our online rights.

The EFF (Electronic Frontier Foundation) is a nonprofit organization defending civil liberties in the digital world. Their website states that they champion;

Not surprisingly, EFF recently lambasted the TPP calling it a, “secretive, multinational trade agreement that threatens to extend restrictive intellectual property (IP) laws across the globe and rewrite international rules on its enforcement.”

Included within the disturbing fine print of the TPP, mainly in the IP chapters, and scattered elsewhere, are numerous anti-user provisions which spell the end of our free and open Internet. If the TPP becomes law, it will permanently threaten Internet users’ rights to:

All signatory countries will have to conform their domestic laws and policies to the provisions of the Agreement, warns the EFF.

In their words, “The final IP chapter includes many detailed requirements that are more restrictive than current international standards and would require significant changes to other countries’ copyright laws.”

The TPP will enforce countries to adopt many of the most controversial aspects of U.S. copyright law. Yet, at the same time, it omits limitations and exceptions, like fair use, which protect users’ rights and have enabled freedom of expression and technological innovation to thrive in the U.S.

Peter Maybarduk, from the non-profit consumer rights organization Public Citizen, is concerned about the TPP’s effect on users’ personal data.

“The E-Commerce chapter has serious implications for online privacy,” he notes in a statement on TPP and goes on to explain that, “The text reveals that policies protecting personal data when it crosses borders could be subject to challenge as a violation of the TPP.” WOW!

Open source software is software with source code that anyone can inspect, modify, and enhance. Due to this advantage, computer programmers can manipulate the software’s source code to improve a program or application, by adding features to it or fixing parts that don’t always work correctly, to make it easier for other users.

However, and for no rational reason, the TPP will outlaw a country from adopting rules for the sale of software that include mandatory code review or the release of source code. As a result, this would inhibit countries from addressing pressing information security and vulnerability issues.

In summary, EFF says that the TPP puts at risk some of the most fundamental rights that enable access to knowledge for the world’s citizens. And that, in my opinion, makes it totally unethical.

Most of all, President Obama is very much in favor of the TPP, which is why we hear him constantly urging Congress to enact it during his final months. But don’t be fooled. Maybe, the TPP will make corporations the major beneficiaries, while people and the environment will suffer the most.

Finally, please follow the first two links below for more information. While, there is so much more to this subject, I am unable to cover here. Rather I would strongly encourage you to learn as much as you can about the ramifications of letting this disastrous agreement become law. As a result, I’d love to hear your feedback below.