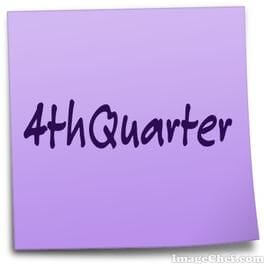 Our customers rely on various e-commerce platforms to run their business. As such, we like to monitor the financials, performance and future looking statements of these platforms to understand how we can tailor our product to best support our customers. In this articles we’ve recapped the 2016 Q4 performance and provided some additional comments on Shopify, eBay, Amazon, Bigcommerce and Etsy.

Last week, Shopify reported their 4th quarter numbers for the fiscal year ending 2016.  which came in at just over 130M in revenue with an $9.3M dollar loss. Interestingly enough, Shopify reported a store increase to over 377,000, with a net claim of 133,000 new merchants (quite impressive).  The 2015 Q4 numbers had shown a smaller loss of “only” $6.5M. As we reported now several times, before, this is a growing trend with Shopify, as they have continued to lose money since their 2015 IPO. And while their revenue is growing, so are their losses.

While the growth is fantastic, cash on hand continues to plunge rapidly dropping from $212M to $84M. However, Shopify also listed $308M in marketable securities, these are usually short term CD’s on deposit. So they remain quite liquid.  Per our prior warning, at some point you have to accept slower growth to stop literally burning money, as Shopify has elected to do. It going to depend on how much pain their shareholders want to put up with.

While Shopify didn’t report until Feb 15th, eBay showed up with a full report nearly a month ago. is burning out, eBay is doing well. They reported $2.4B (as in billion) in sales for Q4 and earnings of nearly $600 million.

The largest player by far, Amazon reported over $43B in sales for its most recent quarter. Analysts called this a miss, but profits were strong at $749M.

Bigcommerce completed it’s last funding round, raising 30 million in May, 2016. However, the IPO Market has cooled off and so has news from Bigcommerce in this regard. Raising funding shows they are losing money, but it’s impossible to speculate further on their financial status

How an eBay Consignment Agreement Can Help Business