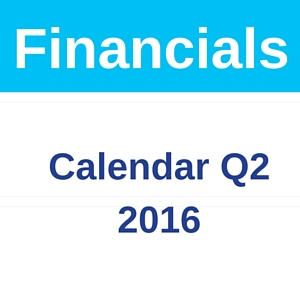 Our customers rely on various e-commerce platforms to run their business. As such, we like to monitor the finacials, performance and future looking statements of these platforms to understand how we can tailor our product to best support our customers. In this articles we’ve recaped the 2016 Q2 performance and provided some additional comments on Shopify, eBay, Amazon, Bigcommerce and Etsy.

Last week, Shopify reported their Q2 2016 numbers, which came in at $86 million in revenue with an $8.5 million loss. The 2015 Q2 numbers had shown a loss of only $3.3 million. This is a growing trend with Shopify, as they have continued to lose money since their 2015 IPO. And while their revenue is growing, so are their losses.

Cash is also down to $68 million compared to $147 million in 2015. So, it’s not surprising that Shopify also filed an amended registration, which probably indicates they will be selling additional shares into the market to raise more cash. This is worrisome, as Shopify continues to show spectacular revenue growth, but what’s the point of revenue growth if that makes you lose EVEN MORE MONEY?

It’s a bit of a mystery why that is, as the core business model should be very solid.  Let’s take a look at some of their significant expenses to see what’s going on:

While Shopify is struggling, eBay is doing well. They reported $2.2 billion in sales for Q2 and earnings of nearly $500 million.
Analysis & Comments:

The largest player by far, Amazon reported $30 billion in sales for its most recent quarter and a pre-tax profit of over $1 billion.
Analysis & Comments:

Back in May, Bigcommerce delayed it’s expected IPO because of a “soft market”. As it’s still a private company, financials are anyones guess. However, the same press release did note that Bigcommerce is still raising investor funding. Perhaps they need these funds for expansion or they are operating at a net loss, time will tell when the IPO hits.