Our customers rely on various ecommerce platforms to run their business. As such, how are ecommerce sales doing for 2017?  we like to monitor the financials, performance and future looking statements of these platforms to understand how we can tailor our product to best support our customers. In this articles we’ve recapped the 2017 Q1 performance and provided some additional comments on Shopify, eBay, Amazon, Bigcommerce and Etsy.

Shopify continues to grow, with over 400,000 stores reported their 1st quarter numbers for 2017. A mere 7 years ago, (2010) Shopify had less than 10,000 stores.  Since then, they have become a public company (SHOP – NASDAQ), trading at almost $95 per share. Class B shares (management with additional voting powers) increased to over 13 million of the outstanding shares. Most of the increase was found in Class A common stock, which is what the public can purchase. Share dilution year-t0-year continues as outstanding shares of common stock (A & B) increased from 81 to 91 million over the past year.   Revenue increased to 37.3 million in the first quarter, but so did the loss (13.6 million), compared to (8.9 million) in 2016. As ecommerce sales grow at Shopify, we expect their customers are also doing well.  We support Shopify eBay Integration, try us here: https://esaproductmanager.com/free-trial/

As stated before, Shopify is burning the candle on both ends in the hope of achieving market domination before the money runs out.  The pace of growth appears to be slowing as the US Economy continues to struggle. It is interesting that this Canadian company holds most of it’s short-term non-cash assets in US Federal Bonds (75 million).  Cash on hand continues to plunge rapidly dropping from $212M to $84M to 48M in the most recent quarter.  It seems sometime this year, Shopify will have to make sharp cuts in expenses as it’s IPO money is nearly gone.

eBay (EBAY – NASDAQ)  is doing well. They reported $2.2B (as in billion) in ecommerce sales for Q1 and net income of over 1 Billion dollars. Impressive.   StubHub is claimed to eBay’s fastest growing business and the source of most it’s recent growth. StubHub is a ticket re-seller of sporting and other events.  Stock repurchase program — The company repurchased approximately $350 million of its common stock, or 10 million shares, in the first quarter of 2017. The company’s total repurchase authorization remaining as of March 31, 2017 was $986 million. Source – (http://www.prnewswire.com/news-releases/ebay-inc-reports-first-quarter-2017-results-300442096.html)

For those that claim eBay missed the boat and lost out to Amazon, this is simply not true. Rather, the overlap between these markets is quite limited. eBay is built for sellers of unique, one-time products, hence the auction format. Amazon is built to cater to sellers of “widget”-type products that can be sold over and over again.  And “won” because they appeal to more sellers with their type of core model.

The largest player by far, Amazon (AMZN – NASDAQ) reported over $35.7B in ecommerce sales for its most recent quarter and net income of 724 million, which analysts called “disappointing”.  Also, earlier this month, AMZN – NASDAQ reported they have purchased Whole Foods.

With the election of Donald Trump, Amazon will face an uncertain tax future. Trump claims that Amazon should be paying billions more in taxes as they have unfair marketplace advantages over department stores. Yet the stock has been on an absolute tear, rising nearly 28% since the election and currently priced at $1,003.74 dollars PER SHARE. Holy Jeff Bozo, Batman.

Finally, as we reported before, Amazon continues to look to dominate the warehousing and delivery industry, and their Whole Foods purchase is a step in that direction.

Not so happy anymore

It was a rough quarter for ETSY.  CEO Chad Dickerson and CTO John Allspaw have departed.  As a result, the new CEO is Josh Silverman. Along with announcing a first quarter loss of (421,000).  As a consequence, ETSY is expected to lay off 8% of it’s workforce. Ouch.  Most of the loss can be attributed to the 50% increase in expenses for Marketing and Product Development.  On the bright side, ecommerce sales are up 18.5% year-to-year at just under 97 million.

Bigcommerce has announced a long-term plan to take the company public. While no date is available, the next 12 months seems in doubt. Furthermore  CEO Brent Bellm announced they will need one more round of investor funding before this happens. Most noteworthy, BigCommerce also views it’s chief rivals as Magento and Shopify. There is a review of BigCommerce that was published in May 2017, that claims BigCommerce has 95,000 online stores, which seems lower than the 100,000 previously reported. In conclusion. if this is true, some of the eCommerce growth in 2017 has not been as strong as prior years and may be fading. Only time will tell.  We support BigCommerce Multichannel, try us here: https://esaproductmanager.com/free-trial/ 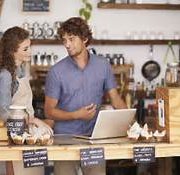 How to Choose the Right Listing Format for Your eBay Products

Top 5 Trends in Inventory Sourcing to Watch
Scroll to top